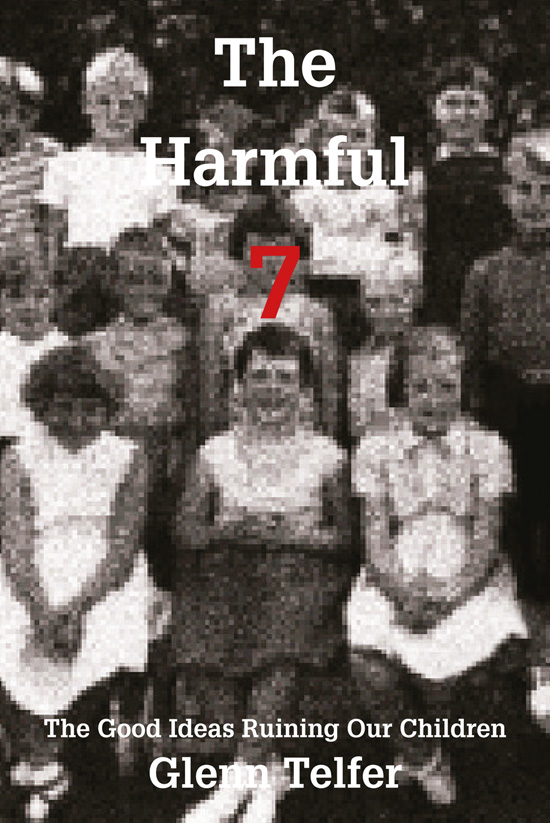 The Harmful Seven: The Good Ideas Ruining our Children – sample

Exert from Chapter One: Tolerance.

O judgement! thou art fled to brutish beasts, and men have lost their reason.

As a personal value, calibrated to your life and exercised with wisdom, tolerance helps us overlook annoying foibles of others and ignore hostile trivia; this is the quid pro quo that keeps our society running smoothly. As a societal value, however, tolerance is an occasional fruit of deeply planted, but ruthlessly pruned, core values, not their foundation. Fed too much of the milk of human kindness it quickly morphs to its evil twin, Discordia. And once ensconced, there is nothing to protect us from idiots, hustlers, troublemakers and perverts. Discord and anarchy, follow apace.

The continuing proliferation of novel identities, dysfunctional lifestyles and degenerate activities that demand public acceptance and support are a consequence of such societal restraints having been eliminated. When everything is possible, you get everything that’s possible, and then some! Our wise forebears recognised this in many common figures of speech regarding the need for vigilance around tolerance. In our collective amnesia we have forgotten this wisdom.

Formerly, then, tolerance was regarded as a dangerous value because of this potential for subversion, and was therefore only conceded under limited and specific circumstances. However, a multi-generational campaign across many fronts has encouraged the public to conflate this circumspection with intolerance and then portray intolerance as an exclusively negative force in society; mean-spirited, inflexible, oppressive, just as the term is now commonly used as a criticism. And worse, they then claim it as a particular feature of the great enemies of progressive thought everywhere; namely, White men and traditional institutions.