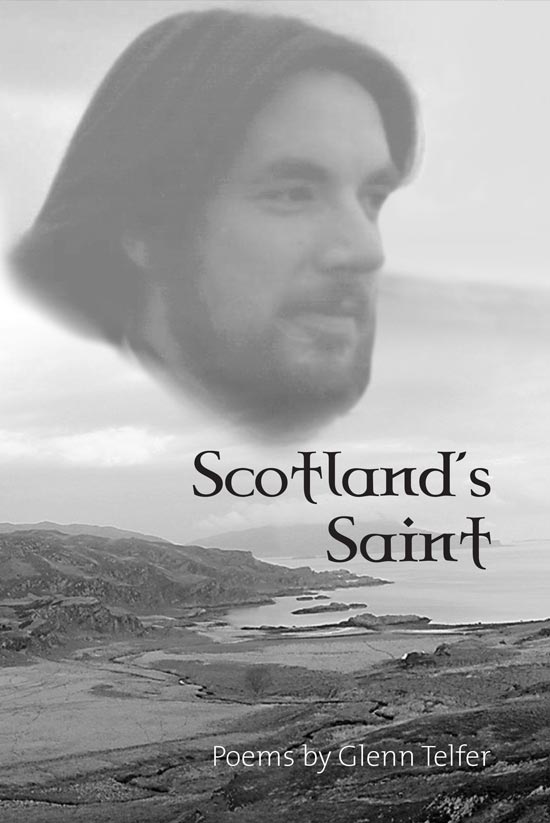 A light-hearted, but erudite and faithful collection of poems
exploring Scotland’s Christian heritage through the life of its most
famous saint, Saint Columba. Other saints, Ninian and Mungo,
turn up too as the collection moves between the heroic age of
Scottish Christianity and our own time.

This book has its origin in my fascination with this era, and the
conversion process. What were these saints like? Why should anyone
listen to them? I’m beginning to understand.

Airborne and in their thousands
blacker than the blackest shade
of black, the demons crossed
the sea to Iona; their mission:
Operation Columba.

Forewarned, his saintly radar
detecting their presence as
they mobbed up for the raid
somewhere west of Hell
and then,

although invisible to
ordinary mortals, he could
see them, God seeing fit
to grant his eyes the power
to see past Satan’s tricks.

Iona was no pushover.
The saint single-handedly
manning the defences shooting
down attackers like so many
Messerschmitts

with strongly worded prayers,
rapid fire invocations of
his name, forceful blessing and holy
signs, and so sending them spinning
back to their furious frustrated führer.

of his divine approval and
any doubters could note that
further attacks were limited
to nuisance raids; spoiling milk,
knocking over ladders,

still-born lambs, a sudden palsy
and Satan’s angry howling
coming from afar
on windy nights as witnessed
by the brothers themselves.