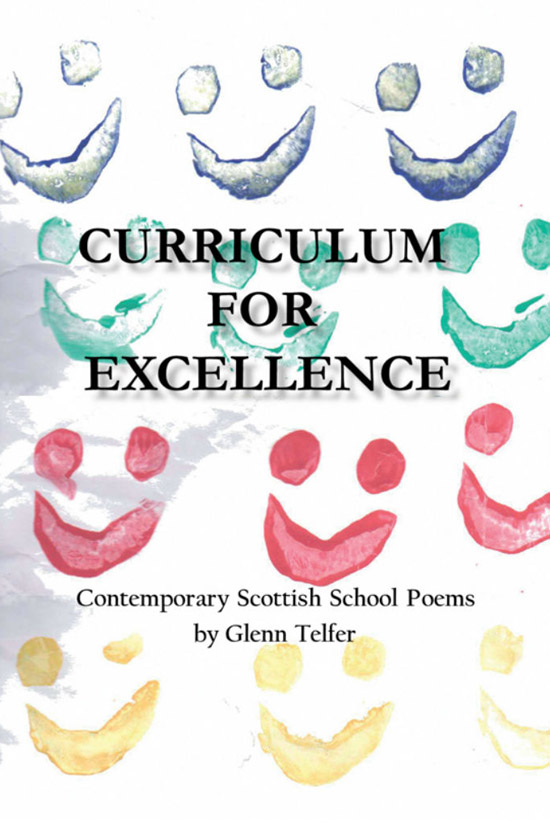 Inspired by school. And written without any irony intended in the title. I’m all in favour of excellence.

Now that the committee has finally been worked out what has been the problem with previous curricula, these poems are freed from the need to parody our Scottish education system.

It was mentioned in the story
as a means of making a disguise
of glasses and a moustache
and not a single one
out of 26 knew what it was,

although he would have known.

Someone looked up the definition:
Superfine black carbonaceous
particles composed of incompletely
combusted wood or coal.
They could hardly read it and,
anyway, it didn’t help much.

Oh, for a picture of us sitting
around the coal fire heating our legs
at a family get-together
on a blawy January
wi gusts shoogling the loose sashes.
Ye could barely hear.

It’s worse than a tramcar changing points, somebody said.

And so, big Jack jammed
folded newspapers in the cracks,

Don’t you touch them!,

wee pan loaf sandwiches;
a spread to remember.
Scotch broth being ladled as
the granny fell aff the lum,
we heard its tinny scrape
as it hit the back court.

Then a couple of cauld puffs
that should have been a warning
then a blaw doun and
chasing its heels
a massive fa’ doun.

Everyone, shortbread, china
and fancy included covered in soot
just one colour now
the opposite of snow
night bomber black

A startled silence and then,
true to form, Babs started laughing
white teeth showing through
her black face,

That’s what soot is, Boys and Girls.